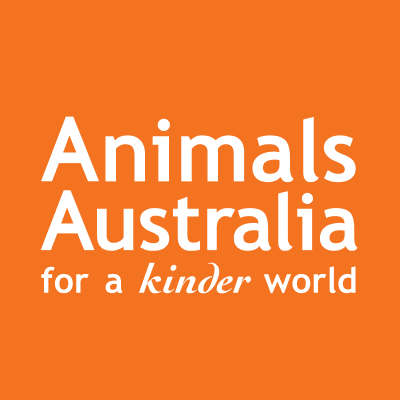 Dublin, 22 November 2022 – Animals International, Compassion in World Farming and Eyes on Animals have joined Ethical Farming Ireland in an open letter to the Minister for Agriculture, Food and the Marine, outlining ongoing, serious concerns around both the sea journeys to countries in North Africa and the Middle East and the brutal slaughter methods that the animals are subjected to when they arrive.

At a time when countries like New Zealand and Germany are banning or restricting live export, Ireland is expanding into new markets like Jordan, Egypt and Israel and supporting the ongoing trade. According to media weanlings for at least two shipments have been assembled by Irish exporters and will depart to Turkey before Christmas – a 14-day sea journey during which animals routinely become sick and injured and some may die.

“Every year thousands of young bulls are subjected to unimaginable suffering, crammed into hot, humid, filthy vessels, crossing choppy seas for up to two weeks, usually just to be slaughtered in a brutal manner shortly after arrival at their destination. Respiratory illnesses and leg injuries are common, as temperatures and humidity rise and the pens become heavily soiled during the voyage” explains Caroline Rowley of Ethical Farming Ireland.

Turkey, along with other countries Ireland exports cattle to like Libya, Jordan, Lebanon, Morocco and Egypt, carries out inhumane slaughter practices that would not be acceptable in Ireland, or in the EU. Animals International has conducted investigations in the Middle East and North Africa for more than a decade exposing routine slaughter methods including tendon slashing, eye stabbing, hoisting animals by rear legs, roping etc. to immobilize animals before their throats are cut whilst fulling conscious, as is outlined in the letter. In those importing countries proper animal welfare laws, facilities, equipment, and adequate trainings mostly do not exist. And yet, Ireland exports thousands of animals.

Director Lesley Moffat states “Eyes on Animals has been inspecting and giving animal-welfare training courses at slaughterhouses in Turkey since 2014. Most cattle slaughterhouses in Turkey use trip-floor boxes where cattle are forced to enter, the floor is raised on an angle to purposefully make the bovine abruptly fall down. Completely in panic, but unable to stand back up, their legs are chained, and they are dragged out of the box and then fully hoisted off the floor, dangling by one leg. Sometimes they are left like this for minutes before their throat is cut while fully alert and fully sensitive to pain. The animals are in complete terror, their leg and ligaments torn. We have made slight improvements so far in 8 slaughterhouses, but there are over 500 in the country, and we are only a small NGO.  No governmental agency is doing this work. What is needed is the export of expertise in humane slaughter, not the export of live animals to a slaughter of hell”.

“Video evidence of Irish cattle at a slaughterhouse in Lebanon has been sent to the Minister and ignored! We now have evidence of Irish cattle at a slaughterhouse in Jordan. So, we are requesting a meeting with the Minister to discuss these matters first hand”, Gabriel Paun of Animals International explains. He further adds “The Minister may be both insensitive to and incapable of ending the unnecessary suffering of Irish animals, but this barbaric trade comes with an economic cost too, as it is known that exporting live animals equals the export of jobs and money.”

Peter Stevenson OBE, chief policy advisor to Compassion in World Farming states “I urge Ireland’s vets to stop signing the paperwork that is required for live exports to the Middle East, North Africa and Turkey. When they sign export health certificates, vets are condemning Irish animals to horrific slaughter practices in the destination countries that would be illegal if carried out in Ireland. In signing these certificates, vets are breaching their professional obligation to ensure good animal welfare and in particular to ensure that animals have a humane death without unnecessary suffering.”

The groups are calling on the Minister to end this senseless suffering and export meat instead of live animals to keep the animals and the jobs in Ireland. They further urge the Minister to support a full EU ban on export to countries in North Africa, the Middle East and Turkey.