You are in a powerful position to help Romania by ending your country's trade in live animals. Live export is not in Romania's best interests, ethically or economically. Please will you help save animals from this torture?

Every year, millions of Romanian animals — many of them mere babies like him — are exported live to face unimaginable cruelty.

He was born in Romania. His days are spent exploring green fields, testing just how fast his wobbly newborn legs can go. Nights are quieter, lying curled up by his mother — her even breaths and warmth a comfort in the dark.

Soon, he will be torn from his mother's side.

Every year, thousands of bewildered Romanian calves like him are loaded onto crowded trucks and transported for many hundreds of miles, over mountains and through noisy cities. Hungry, thirsty and exhausted, those who fall and cannot rise risk being trampled by their companions.

Traffic jams and border crossings make a long journey even longer. The stinking air inside the trucks grows more stifling with every passing hour. Many calves end up in Croatia, where they will be 'fattened up'. From here, one of two grim fates await: they will either be killed in Europe, or loaded onto a ship — bound for slaughter in the Middle East.

Tumbling like skittles on the swaying decks — leaving some unable to reach food or water — animals suffer onboard export ships. Some will die at sea, their pointless deaths 'written off' by live exporters as a part of doing business.

Those who survive will face a fate worse than death in importing countries. 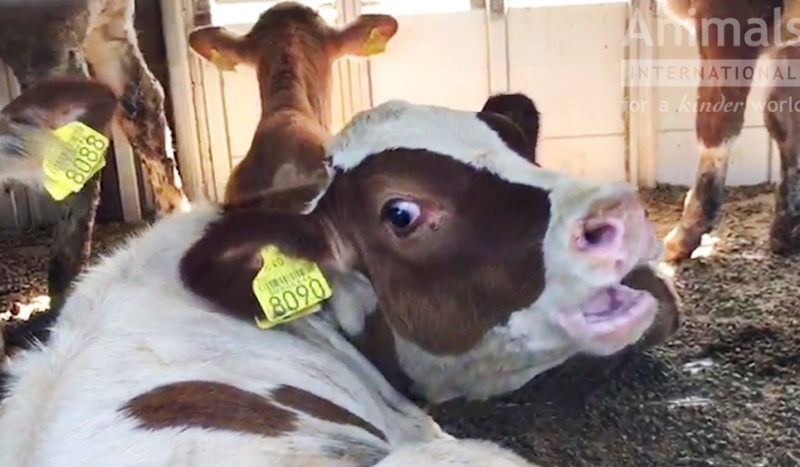 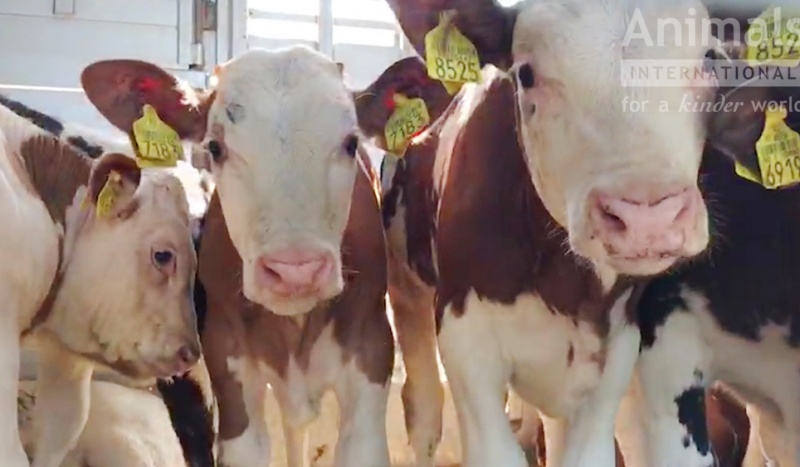 During herding to the slaughter floor, Animals International investigators have witnessed animals being stabbed, beaten and blinded. Fearful and agonised cries echo off walls as tails are broken and leg tendons slashed in attempts to 'subdue' animals who end up literally fighting for their lives.

Romanian calves, sheep and full-grown bulls — all are shipped off by wealthy live export companies to face this torment. All fear and suffer the same. And all are equally deserving of being spared the horror of live export.

ACT NOW: Tell the Romanian Prime Minister and Ministry of Agriculture and Rural Development to end their country's shameful export of live animals!