His blood is boiling.

The footage of Romanian sheep struggling to breathe in scorching heat is deeply distressing.

Many animals clearly die from heat stress, while the survivors must face further brutal treatment before agonising fully-conscious slaughter.

No animal deserves to suffer the cruelty of live export. I respectfully ask that you wield your power to help end the export of live animals from Romania.

I urge you to end your country's trade in animal suffering. You will receive global admiration and respect for such a compassionate decision.

Trapped in sweltering ships and trucks, the live export journey for Romanian sheep takes weeks. Many have died from heat stress — and it's only getting hotter.

It's the height of the Middle Eastern summer. At Hamad Port, south of Qatar's capital, Doha, it's 42°Celsius in the shade, but it feels like 51°. Hitting highs of 60°+ isn't uncommon.

From Kuwait to Qatar the temperature isn't dropping below 30°C at night, so there's no opportunity for exported Romanian sheep to experience even a few hours relief from the withering heat.

Directly against the advice of the European Union Commissioner, this is the burning torment the Romanian government allowed thousands of their sheep to be shipped to.

Stepping out of an air-conditioned car into these temperatures, the heat hits you like a physical blow. The mind can scramble. Vision gets blurry. People can retreat to cool rooms and icy drinks... but the sheep aren't so lucky.

Covered in the accumulated waste of their gruelling journey on the 'ships of death' from Romania, these long-fleeced sheep are further unable to regulate their internal temperature — resulting for many in severe 'heat stress'.

Sheep suffering from extreme 'heat stress' literally bake alive in their own skin.

In barren feedlots, dozens of sheep can't keep to their feet and collapse in the dust. Laying where they fall, they're not treated, or moved into shelter or shade — many will dehydrate and die in the searing sun, the blood close to boiling in their veins.

Forklifts ferry back and forth between holding pens, their buckets piled high full of corpses. These poor sheep survived this far, but their bodies finally gave out. 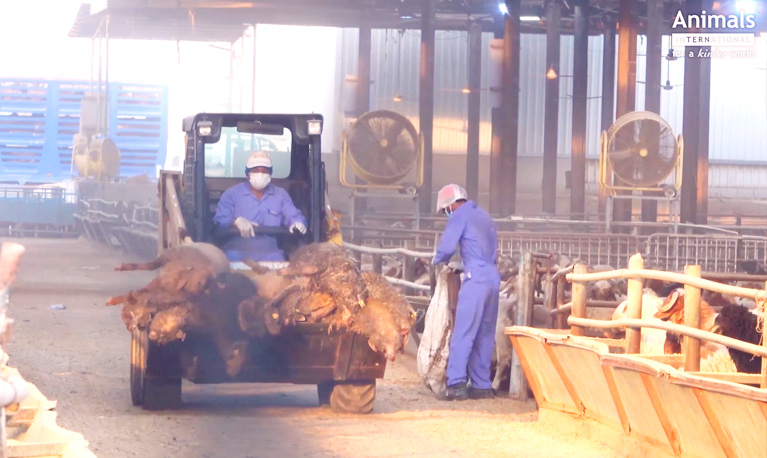 Their suffering is at least over. Tragically for the survivors — it's about to get worse.

In slaughterhouses they are dragged onto kill floors, they're pinned down over 'blood drains' in full view of their companions. There, their heads are pulled painfully back before the knife is plunged deep.

Their necks are sawn open right to the spine.

Throats agape and yet still fully-conscious, their huge dark eyes seem to silently plead for a mercy that will never come. For most of these defenceless sheep, it will be many long minutes before death claims them and finally ends their suffering.

No one should ever die like this. These gentle beings deserve so much better.

TAKE ACTION NOW: Send a polite message to the Romanian Prime Minister and Agriculture Minister, urging them to end live export and spare animals from this horror and cruelty. 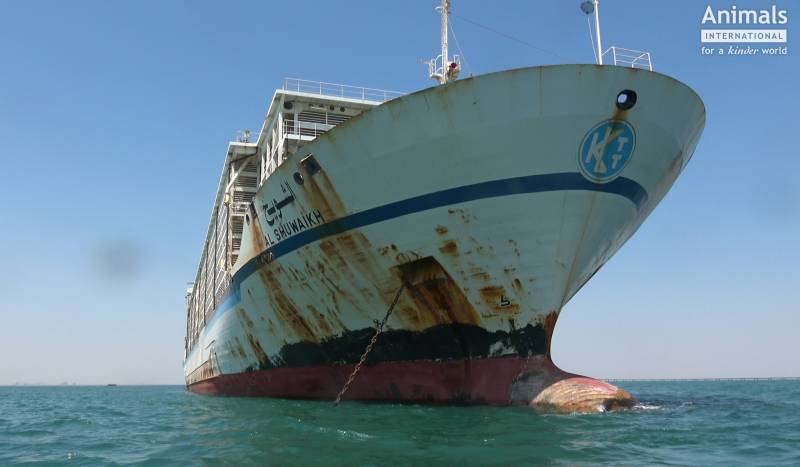 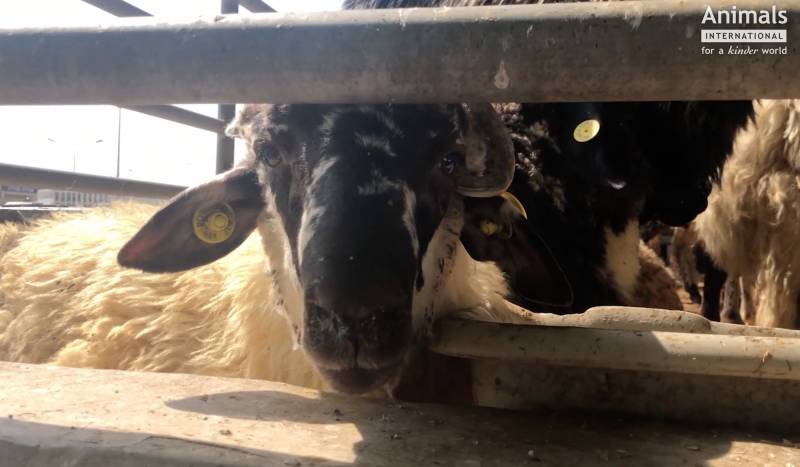